Haaretz reported that settler violence against Palestinians has been raising in 2022, with more than 400 recorded incidents in the 1st half of the year, compared to 650 recorded incidents in all of 2021. A source in the Israeli military told Haaretz that the military is aware of the situation and is seeing an increase in radicalized Israeli settlers. The Israeli military recorded 360 incidents of Israeli settler violence in the West Bank against Palestinians in 2019; in 2020 the number increased to 500, before in increasing to 650 last year. (HA 6/15)

An Israeli police investigation into the attacks on the funeral procession for Palestinian American journalist Shireen Abu Akleh on 5/13 found that Israeli police had acted with misconduct, but no commanders were disciplined. According to the Haaretz source, the decision not to discipline any of the commanders responsible was made before the investigation started. The report was also not released to the public. (TOI 6/15; AJ, F24, HA, JP, MEE 6/16)

An Israeli court found former Gaza director of the charity World Vision, Mohammad El Halabi, guilty of membership of a terrorist organization, providing information to a terror group, taking part in forbidden military exercises, and carrying a weapon. The purported evidence against El Halabi is kept secret and the guilty verdict was in part based on a confession given under duress to an informant. World Vision, independent audits, and the Australian government have all said they have found no evidence of wrongdoing by El Halabi since he was 1st arrested in 2016. El Halabi has declined multiple plea deals that would have seen him released before the upcoming sentencing, refusing to enter a plea for a crime he says he is innocent of. (WAFA 6/14; AP, HA, NYT, REU 6/15; WAFA, WAFA, WAFA, WAFA 6/16; WAFA 6/19)

Palestinian officials said that the U.S. had refused Palestinian calls for peace negotiations, claiming that the Israeli political situation is too sensitive. The request was made during the weekend, when top Palestinian officials met with U.S. secretary of state for Near East affairs Barbara Leaf and her deputy Hady Amr in Ramallah ahead of president Joe Biden’s visit to Palestine, Israel, and Saudi Arabia on 7/13-7/16. Israeli sources told Haaretz that Secretary Leaf had asked Israeli politicians to refrain from sending Israeli soldiers into Area A and not to carry out punitive demolitions ahead of President Biden’s visit. Israeli foreign minister Yair Lapid said that Israel is seeking peace with Saudi Arabia and elaborated, “I won't say whether we have under-the-radar talks with the Saudis . . . We have a joint interest in the subject of Iran, that it won't become a nuclear threshold state.” (AJ, AP, AX, AX, HA, HA, HA 6/15)

Israel, Egypt, and the EU signed a deal to increase the sale of liquified natural gas from Israel to the EU via Egypt, in a stated effort to reduce EU countries’ dependency on Russian gas. The EU also said it would provide Egypt $105 million in aid to help the country cope with the rise in wheat prices. (ALM, AP, REU 6/14; ALM, AP, HA, MEE, MEMO, REU, TOI, WSJ 6/15) 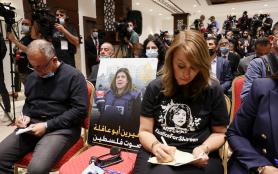 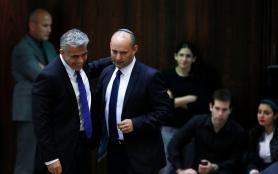